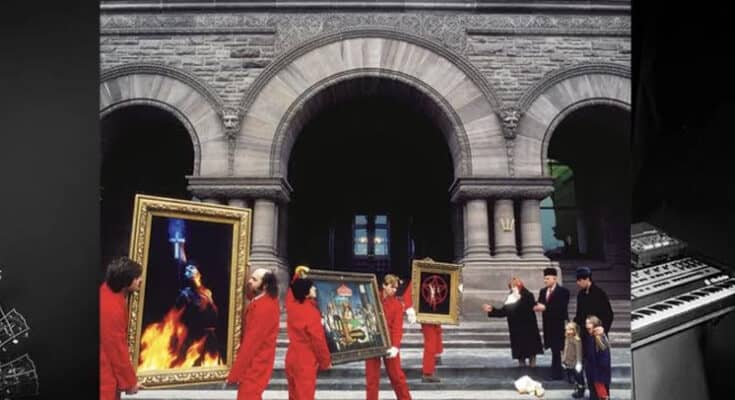 By dtullDec 15, 2021, 20:08 pmComments Off on RUSH CELEBRATES THE 40th ANNIVERSARY OF ‘MOVING PICTURES’ BY MAKING RARE PHOTO OUTTAKES AVAILABLE.

Incredibly, these ‘Moving Pictures’ photographs have never been made public. No alternate versions have appeared in magazines, in calendars, in books, or online anywhere, and have now been made available for the first time ever with the release of the Deborah Samuel Collection.

“I clearly remember the day Deborah set up for this cover, and especially the interior series of the ‘Moving Pictures’ photographs,” said Alex Lifeson. “I was jumping around in the dark with a bright strobe flashing away, which was disorienting to say the least, but the results fit so well with the album concept, and I loved the final photos she produced. I’m thrilled to revisit them and make the covers and these interior photos available in support of Grapes For Humanity.”

In partnership with Definitive Authentic, Grapes for Humanity is supporting the Genius 100 Foundation’s (G100) Gift of Sight Campaign and the Himalayan Cataract Project (HCP). Proceeds from the sale of this special anniversary collection of photographs will provide the funds necessary to perform as many sight-restoring surgeries ($125USD per) as possible for those in need in various under-resourced regions around the globe where HCP has operations. These groups are working to eradicate preventable and curable blindness in low to middle-income countries.

“I’m very thankful to Deborah for generously making these rare photographs available to our fans, the proceeds of which will help bring sight to the sightless,” commented Geddy Lee.

To view or purchase a selection from the collection, visit http://www.movingpictures40.com/ 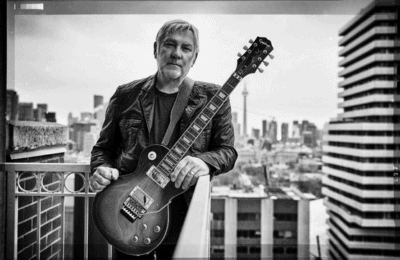