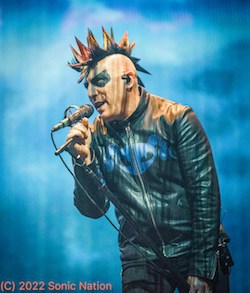 A Tool concert is always a major happening. As amazing and enthralling as their albums and DVDs are, Tool fans know that live is where the band shines. Like Deadheads of the past, Tool fans know that seeing Tool live is a mandatory and revelatory experience. The long lines at the merchant counters and nearly immediate sell-out of the limited St. Louis Tool concert poster were evidence of the pent-up demand.

As with many bands, Tool had to postpone and cancel tours due to COVID. Their original 2020 St. Louis date and the corresponding tour were canceled, and COVID really hit home when Tool frontman and vocalist, Maynard James Keenan, contracted COVID-19 not once in 2021 but twice.

St. Louis welcomed Tool back to the fold, and the energy exchanged by the fans and band was overwhelming and palpable. However, unlike many previous Tool shows, Friday night was heavy on obscure song selection surprises and spectacular lighting and lasers, sound (14 semis and buses full), a stellar drum solo, mathematical, musical precision, and trippy sci-fi disturbing video backdrops.

The band took the stage at approximately 8:40 PM to the strains of “Litanie Contre La Peur.” Then, it launched into the epic, 10-minute plus title track from the LA quartet’s fifth studio album “Fear Inoculum” from behind a dark gossamer curtain. You could feel the energy and excitement surge from the amped-up audience. Maynard James Keenan prowled the stage from two large risers on stage left and stage right. The audience jumped to their feet and only took their seats for the intermission part of the show.

As the audience roared in approval, Tool segued right into their 1991 debut EP title track, “Opiate,” Maynard’s attack on organized religion, which was recently reimagined, remixed, and extended in a new version released on March 1st.

As always, the power trio of guitarist Adam Jones, bassist Justin Chancellor, and drummer Danny Carey, played in lockstep precision. If they ever made a mistake, no one noticed. And, given the complexity and dynamic tempo changes and movements of the average Tool epic, that’s no small feat. And, I would be remiss not to mention the next-level drumming alchemy of MVP, drummer Danny Carey. In a world with few drum heroes left, Carey is at the level of the late, great Neil Peart, King Crimson’s Bill Bruford, or even Led Zeppelin’s legendary four-sticks, John Bonham.

Following performances of nine tracks including favorites like “Pushit,” “Pneuma,” “Hooker With A Penis,” and more, and a brief intermission, drummer Danny Carey took the stage again alone to perform an extended drum solo and synth loop around “Chocolate Chip Trip” from “Fear Inoculum.” Next, the band all sat down to perform an acoustic version of “Culling Voices” with Carey joining Chancellor and Jones on guitar as Maynard sang seated from a stool and at the front of the stage. The stage was bathed in purple lights and silver glitter drifted from the rafters and fell upon the audience in easily one of the most magical moments of the evening.

And, the biggest surprise was reserved for the end–the use of mobile phones. As many Tool concert goers already know, Tool has a strict no-phone policy at all of their shows. Before concluding with the final encore, “Invincible,” Keenan encouraged the crowd to pull out their phones and film. Keenan joked, “OK, you little meth heads, jonesing to pull out your cell phones, you can now record to your heart’s desire.”

Openers, LA’s stone quartet, the Acid Helps, had the unenviable task of opening for Tool. Tool fans gave the opener only tepid applause and it was clear that most were there for one band, and one band only. The band enjoy a friendship with Tool frontman Maynard James Keenan, and they plodded through their nine-song set and left the stage to some sparse applause here and there.

A Tool concert is one of the few shows that can justify the hefty ticket price. There’s no dialing it in for Maynard and the boys, a Tool show is an event, a lasting memory, and a cathartic experience. Live music is back and Tool is bringing it.

“Hooker With A Penis” 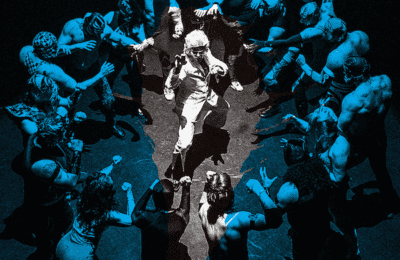 PUSCIFER TV LAUNCHES ON NOV. 12 VIA VIMEO ON PUSCIFER.COM 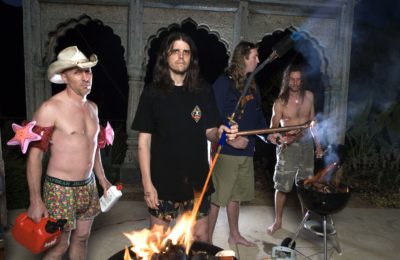