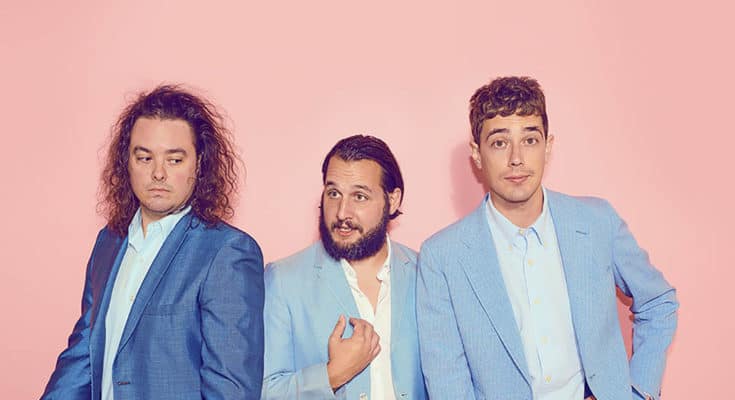 Canada, our better neighbor to the north, has a long and deep history of producing unique bands and important artists. From Rush to the Tragically Hip, April Wine to Sloan, Loverboy to Arcade Fire, Canada has been a fertile place for birthing unique, commercial, and fresh new sounds that find a receptive audience in the US and abroad. Toronto’s trio, the Born Ruffians, are another important and trailblazing band making compelling, catchy and vital music. Their latest album, Uncle, Duke and The Chief, is a return to their roots and it showcases leader, Luke Lamonde’s introspective and deeply personal songwriting. In addition to completing a new album, they also worked with directors Leah Fay Goldstein and Peter Dreimanis to create a tribology of accompanying videos that amplify the songs’ lyrics and add a visual dimension to the band’s overall vision and messaging. I finally was able to establish contact with the traveling minstrels as they passed through mountain passes and found a cell signal. Singer, guitarist, and leader, Luke Lamonde took some time from the drive to discuss the new album, tour and the life of an artist that converts experiences and demons into lyrics and music that moves others.

Here’s a Question from Twitter from one of your fans, MRZoomer:

The five major releases from the band have felt like an emotional journey through the phases of a relationship to me. Is there anything to that? If so, where next?

I wish I could say I had this grand plan of a five-album concept, but no. I think there are themes I return and write about frequently, but that’s it. I guess the themes are connected, but nothing that direct. I wish (laughs). I can’t even connect one record to the next. I think they’re all over the place. That’s a good question.

How did you conceptualize your trilogy of videos that you released this year? Did you storyboard those with the directors, Peter Dreimanis and Leah Fay Goldstein?

It was a really collaborative process. Peter and Leah are actually in a band called July Talk and they’re pretty big in Canada. The tour the states, too. We go way back with them, so when Peter wanted to bring Leah in for the project, we were really excited. Peter’s does cinematography and Leah does performance art and dancing, too. Peter had this idea to use dummies as the characters in the video, instead of just humans. Leah makes those dummies. It was kind of a love story played by a dummy, not a human. I thought that was a very interesting concept. It allowed me to have a blank canvas to project my emotions on. It was more interesting than just a boy-girl or a boy and a boy, or even just two humans. The theme was of unifying love and relationships.

Are Peter and Leah focusing more on music, or directing?

They’ve expressed an interest in branching out and doing more. They’ve really helped us with an overall direction and the artwork for the new release.

What do you feel like you accomplished in terms of songwriting and production on Uncle, Duke, and the Chief?

Well, in some ways, it’s kind of a return to how we did the first album, in terms of recording quickly (10 days) and recording everything pretty much live off the floor. Which was a really great way to capture the way the band sounds and getting takes and building everything. There’s only so many ways of recording a rock record. We decided to just record everything live, and if we made a mistake, leave it in. It’s the old way of recording where you’re not relying on technology or the computer to fix things. It certainly wasn’t any kind of manifesto. We just didn’t want it to be too produced or too slick and digital.

I think in some ways, our last record, is a step forward. I guess I’ve been thinking a lot about music lately. I don’t think you always have to progress. I think music can stay somewhat the same and not have to die. We came back to the original, three-man lineup and sounding like a band. This is hands-down, our favorite record that we’ve made. So, I guess it feels great.

Your songs, while joyful, usually seem to have an undertone of sadness. Is that how you actually feel, or is that just how you express yourself musically?

I think that when we get together, we tend to gravitate towards things that feel good. The songs that make it to the finish line are the ones that maybe bring something more—a vibe or a lyric. I can mine and work with more material when I’m down. There is a fine line, though. Then again, if you’re too down, then I don’t feel like writing or doing anything. If I’m feeling great, then I might not have as much to say. Same for feeling middle of the road. I do find I write more stuff when I’m introspective and more contemplative. I’ve always like music with a happy vibe, but sad lyrics.

Are there any current artists or groups from the past that you feel a kinship of affinity with?

Oh, yeah, tons. Yeah, I couldn’t do what I do without outside influences. Lyrically, there’s go to stuff for me that’s always there—John Prine, Bob Dylan, David Bowie, The Talking Heads, Violent Femmes, and The Pixies.  There’s all kinds of stuff. I’ve even been listening to more jazz and James Brown lately.

Those are some of the bands. I’m probably leaving a few off my list.

John Prine is really one of those greats. He’s not well-known, but he’s legendary in certain circles. He has a great body of work.

Are there any bands from Canada that you feel like are part of your community?

I think when we started out there was a bit more, but now, it’s just doing what we do. It’s always tough to know when you’re inside it and It’s hard to get a perspective. I’m sure we fit in somewhere.

It’s so varied. If you’re talking about radio, I suppose we fit into a certain indie rock format.

Whenever I get put on the spot by this question, I kind of draw a bland and have to think of what I’ve been listening to.

Like this band called Weazs from Toronto. I wish we sounded like them, but we don’t. If you ever get a chance to see them play, take it, they are just incredible.

The band opening for us on tour are called Little Junior. They are totally different. It’s so varied. I think that music is spread out widely and it’s really hard to forecast trends or decipher what’s happening. And, I think that’s a good thing. There’s so much rock happening right now-punk rock, psychedelic rock like the 60’s, and I like it all. It’s great rock music. It’s not like a Canadian thing or a New York thing. I think it’s all happening at once.

I don’t know where we fit in, but we are a band that still plays guitars, so we’re a rock band in that sense. We’re not guitar heroes, so I guess we’re more in the indie rock vein.

How does social media play a role in promoting your music, tours and connecting with fans?

Well, I have a love/hate relationship with it. I don’t like how reliant some people are becoming on it. Labels are placing more demands on bands to use it. Sometimes it almost becomes a chore. I understand using it professionally, but not as much personally. It’s a bit strange to have to constantly update your life. In general, if you take those pressures away, it’s just like a fun thing. I don’t think I’ve used Twitter for weeks. I don’t really use Instagram unless I’m on tour. I do use it to interact with some fans. If they take the time to write something nice, I will respond. If it’s a weird message, I just delete. Most people, however, are pretty nice. They just want to say something like ‘I loved the show.’ It’s harmless.

I guess I could go down the hole and consider it a bad thing.

If you look at a band like Parquet Courts, they don’t use much social media. I don’t think they have a Twitter account or use social media that much.

I’ve seen other bands post stupid photos. Like Mac DeMarco, sometimes they’ll post the dumbest photos. It has no relation to their success. It’s just a byproduct. He’ll post a photo of his face and then write the words “Donkey Dick” below it. He’ll get 40 thousand likes on it. (laughs).

Then are other bands that are super curated and have to plan their posts. I don’t know if that’s the way to do it. Maybe not caring about it as much is better.

It’s funny, I think it’s really night-to-night and city-to-city. In fact, we can play the same venue three nights in a row and still get a very different reaction. It’s hard to pin it down. We just played five shows in Toronto and each night was so different. Sometimes, when we play Calgary, we’ll say “Wow, that was so crazy tonight.”  I think it can be the day of the week, how much they’ve drunk, whatever.

I really like the cut “Love Too Soon.” It seems to have a Shins or Beach Boy’s Pet Sounds vibe? Is that what you were going for? Do you hear that?

I don’t hear Shins but maybe the Beach Boys. I was going for a certain chord structure that was pretty simple but also has 60’s references. It’s hard for me to hear.

What would you do if you didn’t play music?

What do you wish journalists would ask about you or they don’t know?

I don’t know, man.  I guess I’ve never really thought about that. I just always try to just answer the questions. I never leave an interview thinking that I should have said something else.

Have you played St. Louis?

In Seattle? Oh, no, someone told me you were in Seattle. (laughs).

Yes, we have played St. Louis and it was some school show. I don’t think we’ve ever done a proper gig there and I know we haven’t played there in years.

The Born Ruffians will be playing the Old Rock House on May 18th. Little Junior will be providing support. 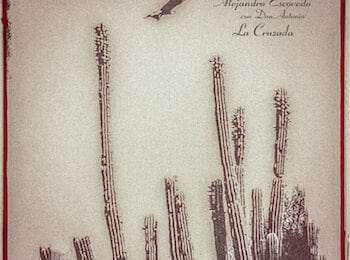 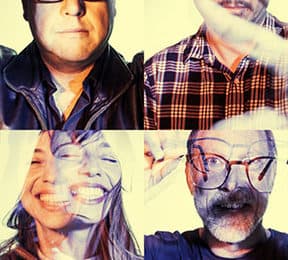 The Pixies Prepare To Dust the Peabody On 10/14.