Home Short Cuts Today Gang of Youths Share A New Video For Their Current Single “the man himself.”

Today Gang of Youths Share A New Video For Their Current Single “the man himself.”

By dtullNov 02, 2021, 23:42 pmComments Off on Today Gang of Youths Share A New Video For Their Current Single “the man himself.”

“Le’aupepe has embraced indigenous music native to his family’s Samoan cultures, as well as the hip-hop and dance sounds that he grew up on.” – UPROXX

November 2, 2022 – (Los Angeles, CA.) — Today Gang of Youths share a new video for their current single “the man himself.” Released to acclaim from the likes of Rolling Stone, NME, and Brooklyn Vegan, “the man himself” is an emotionally charged song in which frontman Dave Le’aupepe reflects on living without the guiding hand of his late father. Directed by their regular collaborator Joel Barney, the track’s new video puts a different spin on the song’s concept, this time cutting between the intensity and magnetic charisma of Le’aupepe’s performance with a visual representation of him as a boy.

Joel Barney commented, “Dave came to me with the idea of creating a video that incorporated the idea of a younger version of himself. We wanted to blur the lines of the connection by making it seem like flashes of Dave reminiscing on his childhood or the younger version of himself imagining the future. One of the main focuses of the video was pulling together a sense of nostalgia whilst keeping it feeling dreamlike. We wanted to incorporate elements of stop motion 2D animation to give the video a textured feeling it and to separate the two parts of the video visually, whilst still existing within the same world. Mickey, the animator, used real textured brushstrokes and materials to give the video an authentic feel that visually brings the video out of the screen into something feeling material.”

Gang of Youth’s recent releases – also including “the angel of 8th ave.”  and “unison” – find the band further exploring the life and legacy of Le’aupepe’s father, as well as issues of indigenous identity and faith. Their growing connection with London is also prominent, having relocated to the city in 2017. Influences range from American minimalism and contemporary classical to drawing upon the legacy of Britain’s alternative/indie scenes, from drum n’ bass to the most transcendent moments of Britpop – and equally rooted in Le’aupepe’s Samoan heritage, also featuring samples from David Fanshawe’s recordings of indigenous music from the Polynesian islands and the wider South Pacific 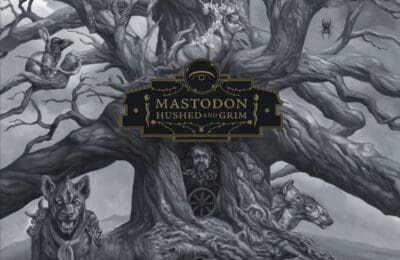