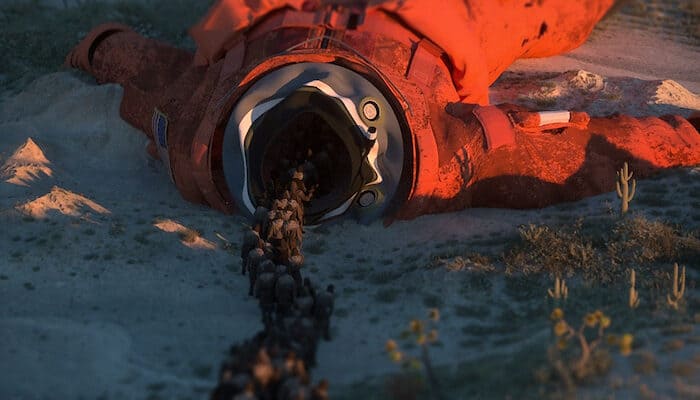 By dtullDec 03, 2021, 19:15 pmComments Off on Failure Continue to Expand The Time-Space Continuum and Sonic Universe With Sixth LP, “Wild Type Droid.”

Failure, the groundbreaking, underground, and critics’ favorite “alternative” trio of the 1990s, continues to expand the musical universe with their sixth release and attract a whole new generation of discriminating and passionate fans. While many of their peers have come and gone or are resting on their laurels and back catalog, Failure has been reborn. They have been busy creating some of the most vital, mind-expanding, and rich music of their now almost three-decade career.

“Wild Type Droid” is Failure’s latest offering. It carries its 90’s-era sonic DNA and motifs—glacial, spacious, burrowing, layered melodies, shimmering production, poetic lyrics, melancholic vibe, and enveloping and rich vocals. However, instead of changing their sound to conform to current trends, Failure builds upon their original formula and expands their palette. Although some of the themes are somewhat oblique to the casual listener, Ken Andrews’ lyrics always convey themes of loneliness, alienation, sadness, emotional turmoil, and the grandeur, starkness, and isolation of space living and planetary travel.

Launching track, “Water with Hands,” is driven by a great groove, bursting snare, and Failure’s trademark layered and fattened vocals. Vocalist, bassist, Ken Andrews, sets the mood with his usual oblique but subtle exclamation “I’m overwhelmed by how little I feel. Limbs underground.” The outro takes on a shimmering U2’ish guitar motif and builds to an explosive ending.

The second track, the ear-burrowing “Headstand,” uses space, crashing cymbals, echo, slow tempos, and an overloaded, prodding bassline to build anticipation and launch the listener’s mind into orbit. The song erupts into a beautiful collision of gravity-free Floydian grandeur and off-kilter Eno touches. Andrews sings with a slightly off-key second vocal from guitarist Greg Edwards, creating a slightly bent and gravity-free sensation. Andrews uses the visual imagery of space and weightlessness as he belts out these lyrics: “This unseen structure is a fantasy. The words you use will never make you free.” Space is not just planetary, but it’s also the chasms that exist between lovers, friends, spouses, and family members and the pain of difficult relationships.

The third track, “A Lifetime of Joy,” is an odd number. It almost seems like a leftover from an earlier album like their debut, 1992’s “Comfort.” At the 54 minute mark, it breaks into a disjointed kind of freak out before falling back to earth and continuing its stuttered, massive breaks. Ultimately, this tune doesn’t quite go the distance of the other nine tracks, but even then, Failure’s less stellar tracks are another band’s prime cuts.

The fourth track, “Submarines,” erupts into a heavy, lurching, stuttered riff reminiscent of something off of Led Zeppelin IV, then returns to the more familiar musical territory. “Submarines” features some lovely, heartfelt, and descending vocals from bassist, vocalist, producer Ken Andrews. Andrews seems to be addressing an imaginary and troubled partner but also the desperation and isolation of the pandemic: “My last year was hopeless and down. I was so innocent before the plague. Now I feel like a brand new machine….” If the band returns to the road and live performance, there’s a good chance that this number will become a live staple.

Track number five, “Bring Back The Sound,” is a beautiful and sad number that channels the pain and vibe of an Elliot Smith song or even a tragic Nick Drake ballad. Beautiful, appregioed, Gilmourish minor-key acoustic guitars, and multi-tracking from guitarist, Greg Edwards, makes this a memorable and soul-searing cut. It puts one in a tranquil and reflective mind space. Again, while the lyrics are somewhat cryptic, the message seems clear-loss, deprivation, rebirth. Andrews sings, “Malcontent. Boundless and raw. Loss of self. Misunderstood,” and “Bring back the sound. The sound that kept me breathing.”

“Mercury Mouth,” the album’s fifth track, launches into a bombastic and anthemic intro like a lost Depeche Mode track before dropping into a slow, galloping, dizzying, and piercing melody. There are songs within a song and unexpected change-ups. Andrew’s lyrics seem to be a composite of all the bad and turbulent relationships or addictions he’s lived through. When he sings, “You are a liar. Shut your mouth. There’s nothing silver under your tongue.” Failure never indulges in clichés or the expected, even when portraying a breakup and the dysfunction of many toxic relationships. Their lyrics and music are always complex, singular, and conscious-expanding, and “Mercury Mouth” is no exception.

“Undecided” returns to the spacey, electronic, and detached gravity-free vibe of Pink Floyd and is easily “Wild Type Droids” best track. This track almost sounds like it was left off some 1970’s avant-garde film soundtrack or Jane’s Addiction’s 1988 masterpiece, “Nothing’s Shocking.” Sensual synth swaths, understated drumming, and lush guitars contribute to the spacey vibe of this standout. “Make my way back to the moon. I need to go now while the ocean’s still blue,” Andrews sings in a beautiful, sad, and detached cadence while Edwards adds some beautiful pedal steel flourishes. There are few bands making music with this gravitas, mastery, and magic, and that’s why Failure continues to evolve and win new converts.

Track number eight, “Long Division,” continues the gloomy, sad, and ethereal vibe of “Undecided” and gives the album continuity and that “headphone” experience that serious listeners crave. Andrew’s impassioned vocals have touches of Bono and a murky, soft-focus sound similar to the Eno-Lanois-produced “The Unforgettable Fire.” Is the battle inner or outward? Andrews sings,” I wrote a song to every darkness. You showed me how to disappear. Even my enemies were closer. And mads so much sense. Before I won the war.”

“Bad Translation” trods and crawls at a narcotic pace. Slow, sullen, morose, It turns out that all of that LA sunshine doesn’t always produce shiny happy people or disposable pop songs. Fans of the Smashing Pumpkins, Seam, or even The Swans, will love this cut and indulge in a little nostalgia. Somehow, Failure manages to recapture the music of several decades past but make it sound current and new. As with all great Failure tracks, it’s not so important what Andrews sings, even if you understand the lyrics. What’s important is how their music makes you feel. Listening to a Failure album can be cathartic and joyous, but not in the traditional sense. This is seriously moody, deep, and powerful stuff.

This glorious and majestic album concludes with “Half Moon.” This shimmering and poignant track sounds like a lost Elliot Smith, George Harrison, or Pink Floyd track. The haunting, minor-key melody immediately tugs at your heart and penetrates your mind’s eye. Guitarist, vocalist Greg Edwards sings in a compelling and stark manner: “No one wants to hear it. What time you’ve wasted. What trouble you’re always in. Now we’re all ruins.”

Failure has delivered yet another masterful, essential, and timeless album of classics. While Failure never may be a household name, the faithful know how unique and singular this band is. Failure continues the true art of making albums that will be listened to by generations of real music fans. While some bands have faded, broken up, or are mere shadows of themselves, Failure has never been more vital, more creative, and more important. “Wild Type Droid” belongs on your turntable and in your ears. This critic, fan, and legion fans just hope the boys keep creating their singular brand of the most important, influential, and weighty music available. 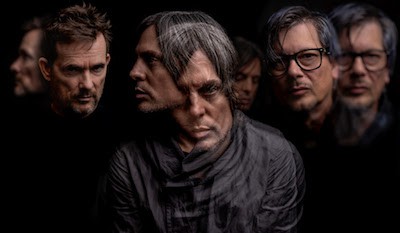